I've previously written about making the "condensed milk biscuits" which were posted on Rhonda's blog "Down to Earth" before and today I made another batch.  This recipe can be made into any biscuit you like as I used chocolate chips and sprinkles but you can also make jam drops out of the mixture however I was low on jam today so stuck with the other toppings.

The mixture can't really be halved as it requires one tin of condensed milk however if you are happy to have half a can of condensed milk in the fridge then by all means go ahead and make half a batch.  It does require 5 cups of wholemeal flour so as I mentioned it's a big batch of mixture.  I tend to make the whole recipe and bake half the mixture on the day which produced 3 trays of biscuits and then I put the other half of the mixture in baking paper, alfoil and into a plastic zip lock bag with instructions on it "180 degrees for 10 minutes" and then pop it into the freezer.  This way next time I make biscuits it's just a matter of thawing the mixture out and shaping it into balls and pop on your chosen toppings and also the 2nd batch there is no messy mixing bowls etc. to clean up.

Once the biscuits are cooked and cooled I always freeze them so they stay fresh and we get them out as we need them.    The kids were so excited when I picked them up after school today that I had made this recipe as they love them.  If you haven't made it before I suggest you give them a go, you won't regret it. 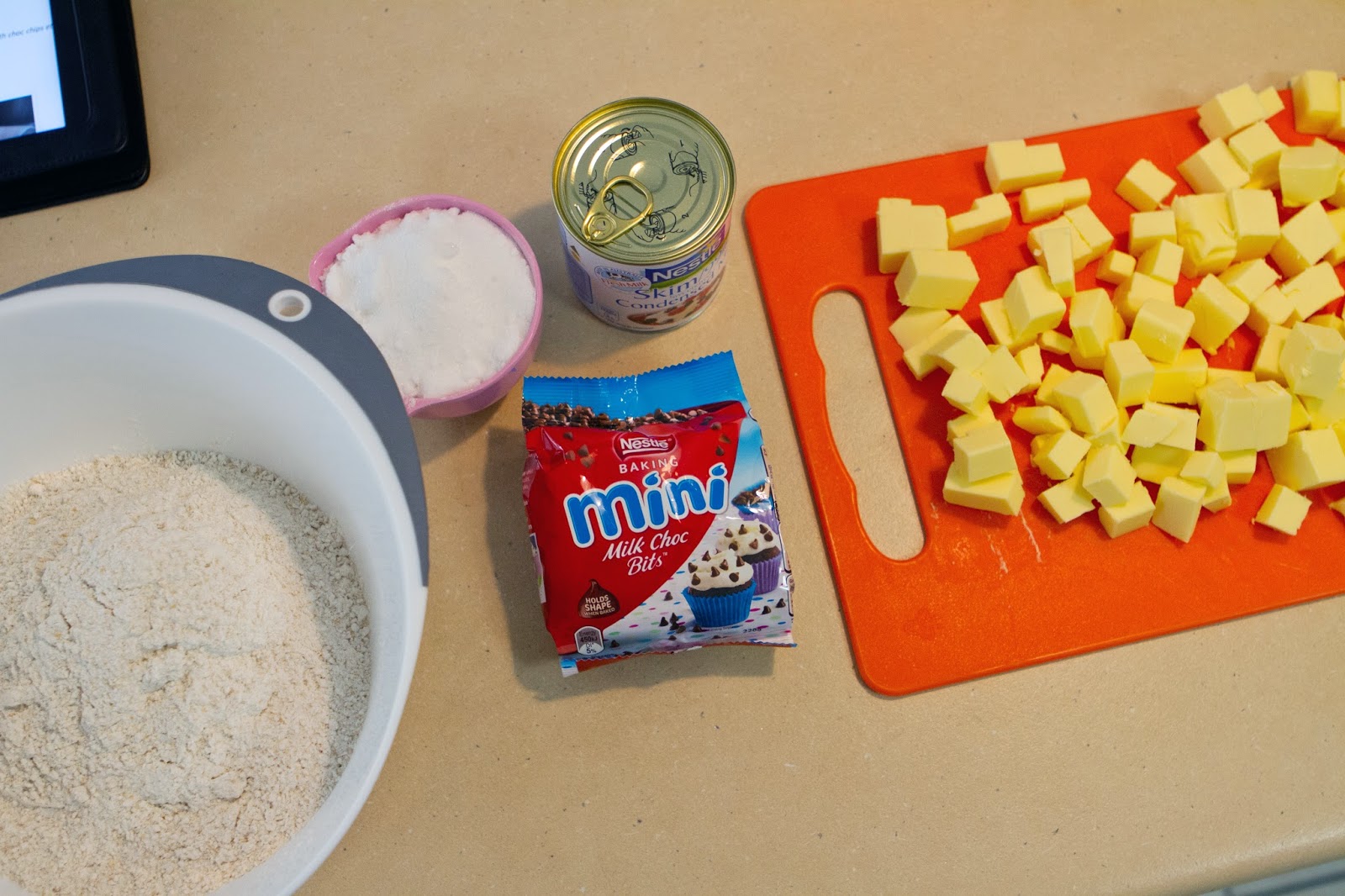 Biscuits ready for the oven. 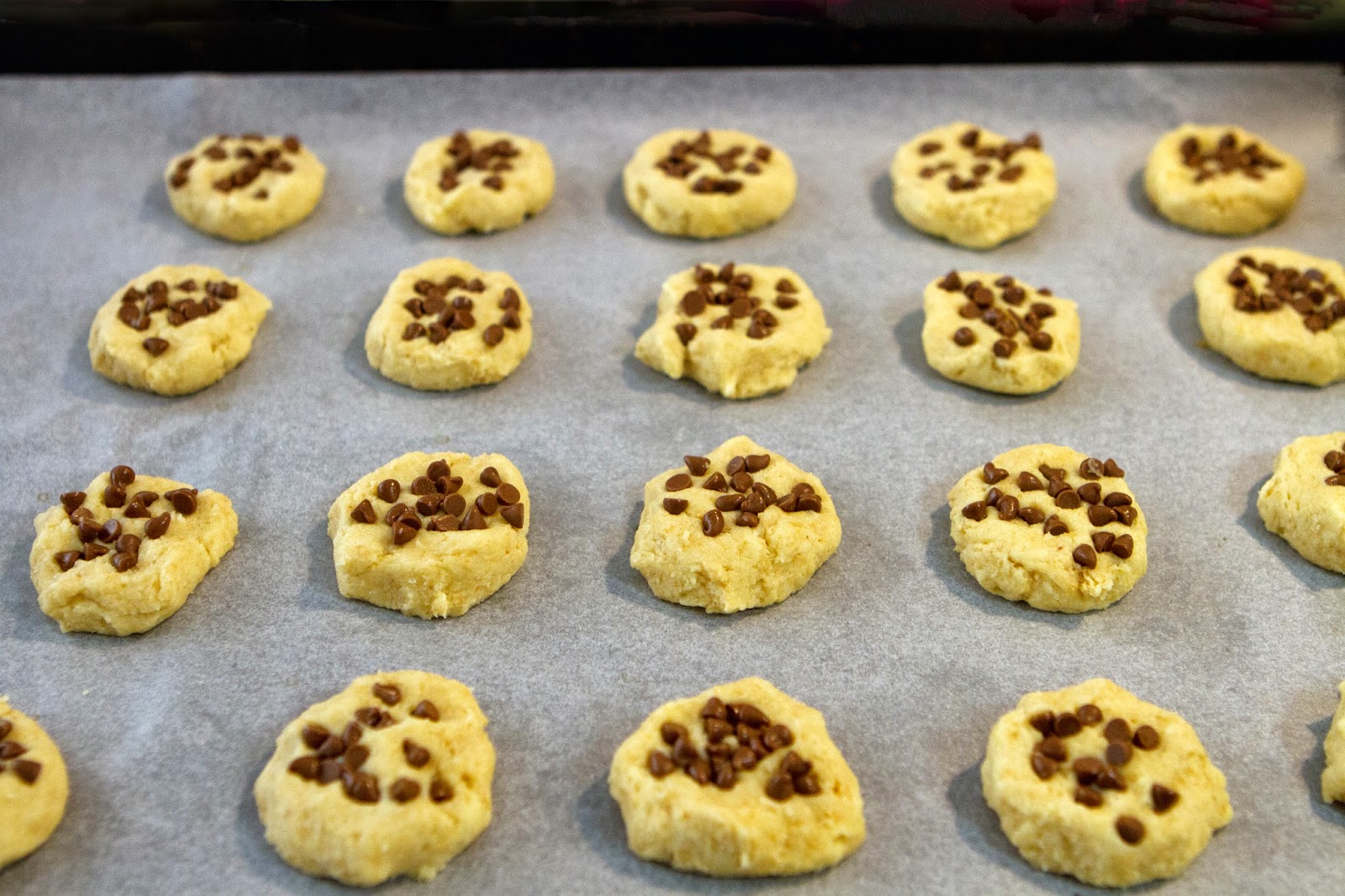 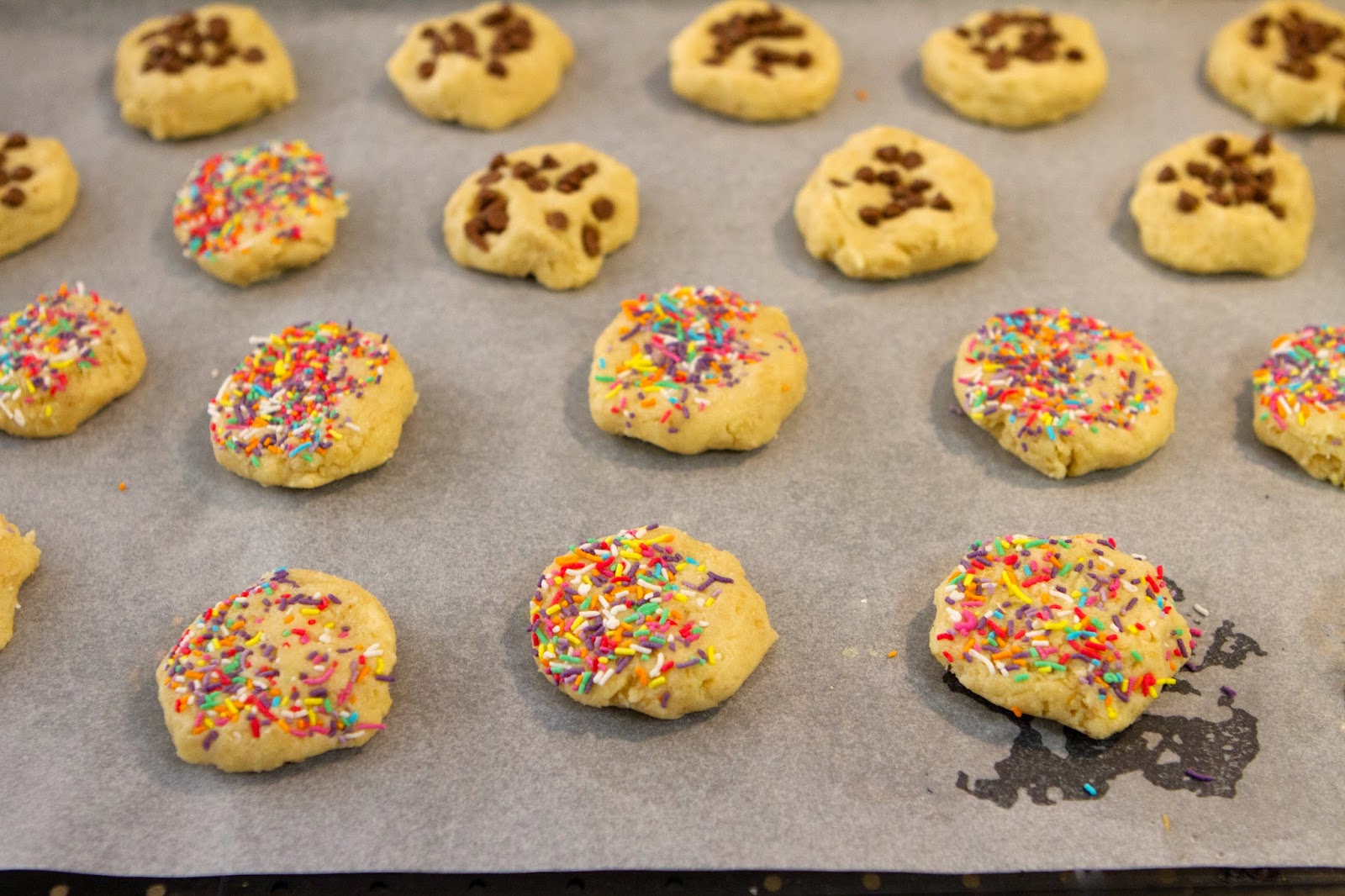 Delicious golden brown home made goodness for my family. 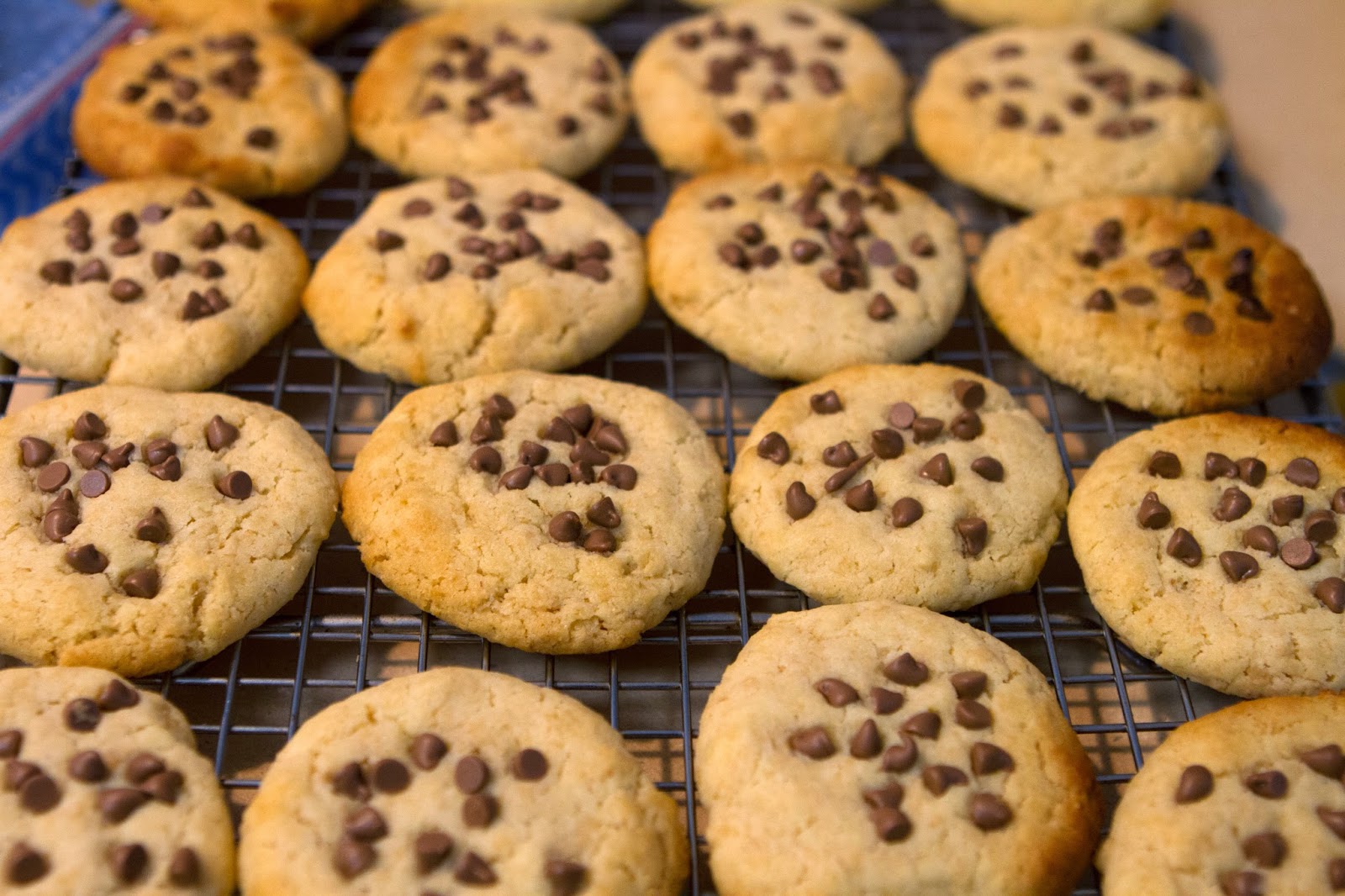 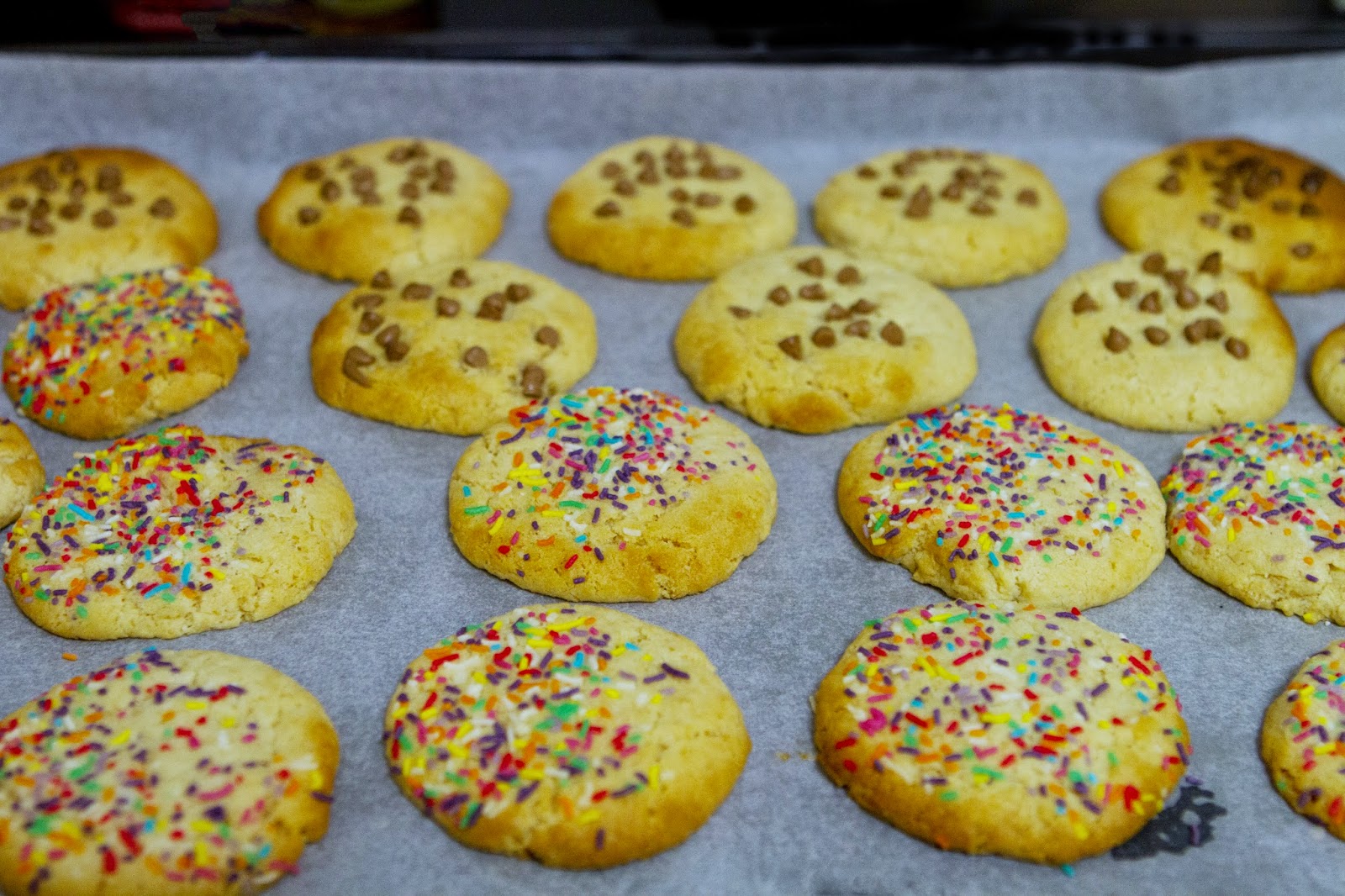