We are really enjoying having chickens again after a 10 month break and I wish I had done it sooner because I love the kids going out in the morning to check on the chickens and to see if we have any eggs.  The chickens remained in the coop for the first 7 days so they could get used to their new home and now they have come out to have a wander around the grass.  The other afternoon Sienna was trying to catch them which was hilarious to watch.  The Isa Brown which is James chicken named Diamond is pretty docile and easy to catch while Sienna's chicken Snowflake and my chicken Daisy are another story.  Here's some photos of Sienna trying to catch the chickens which was most amusing and entertaining.  She loves playing with them and she's the real animal lover. 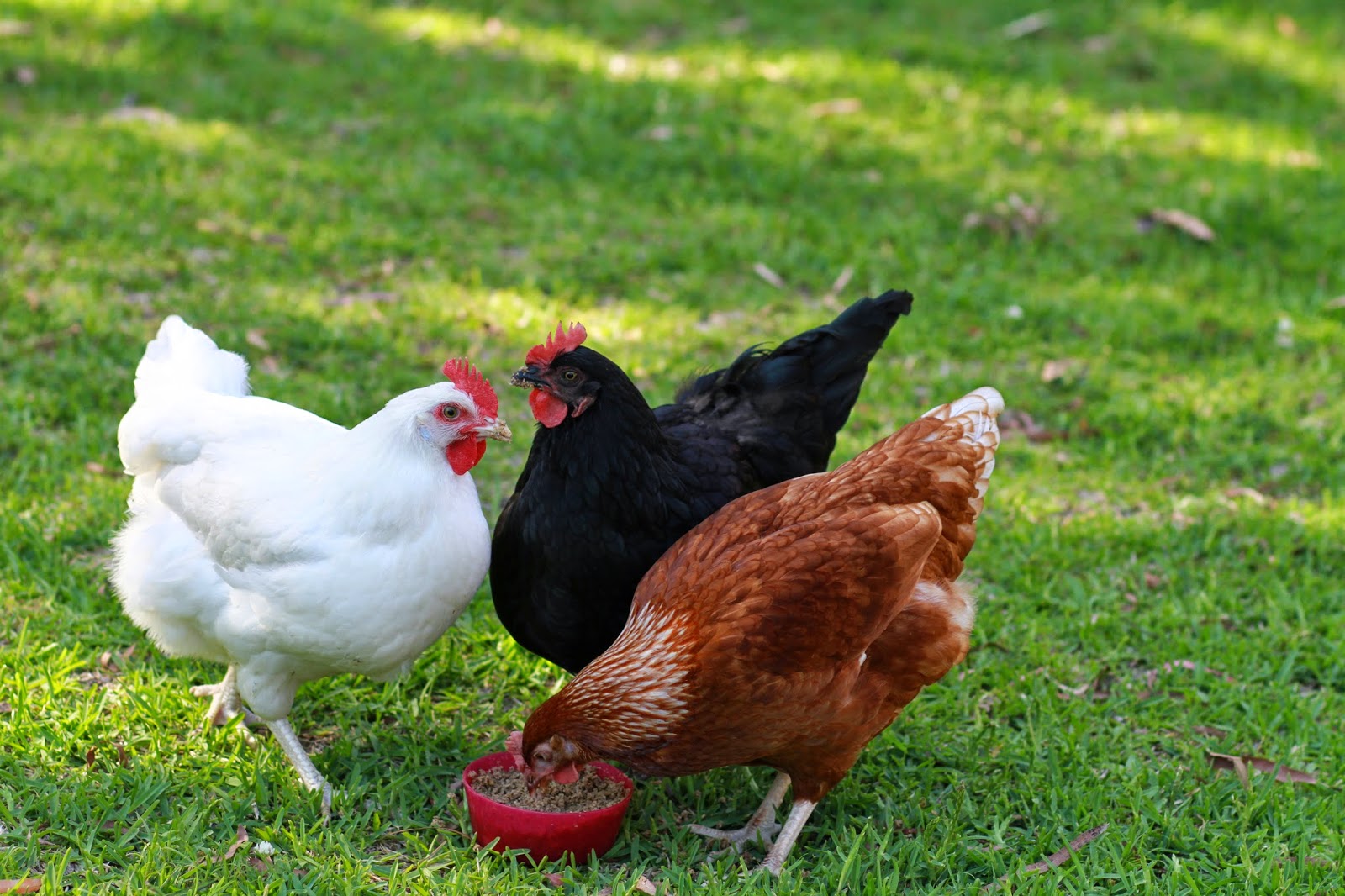 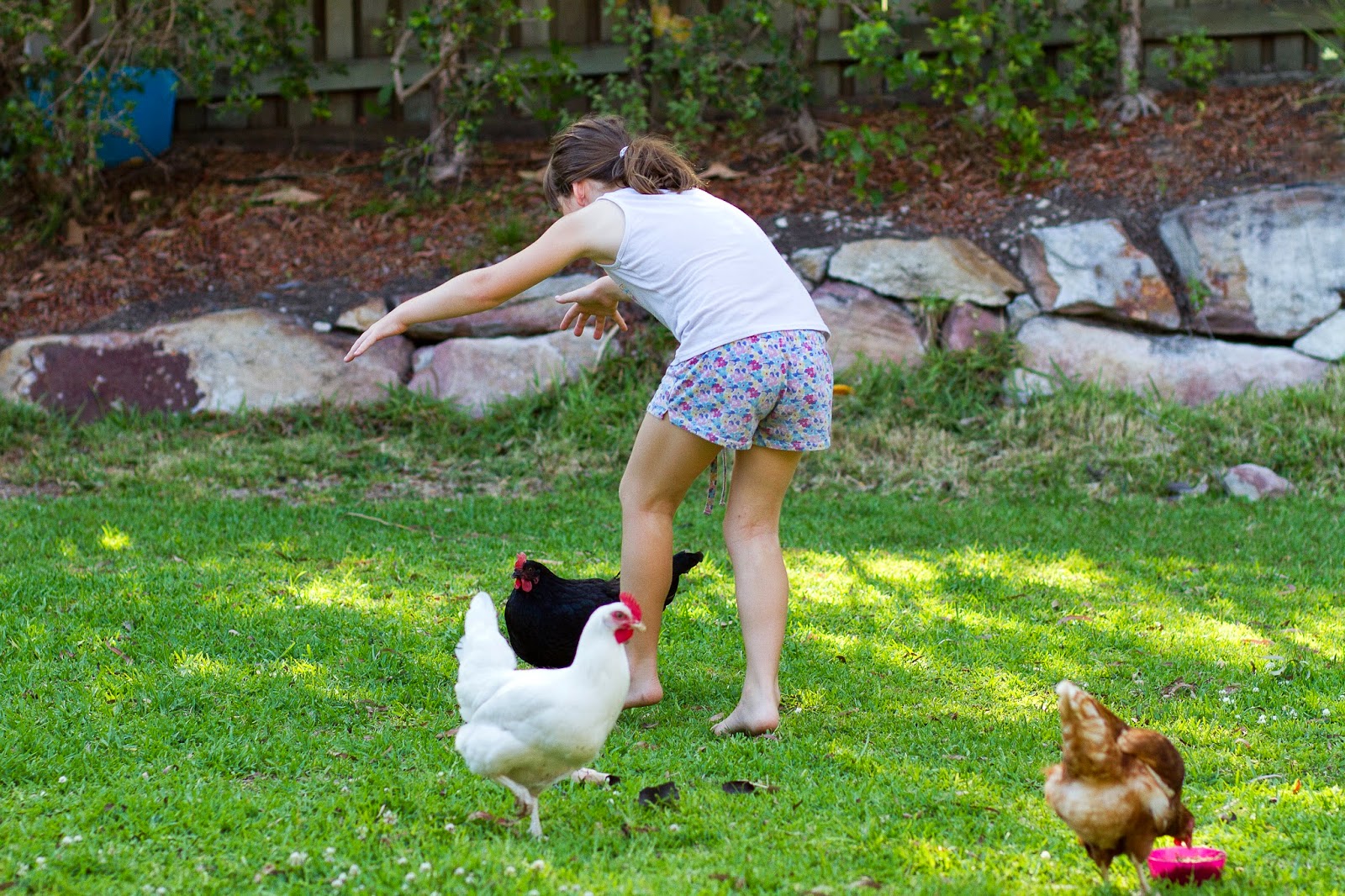 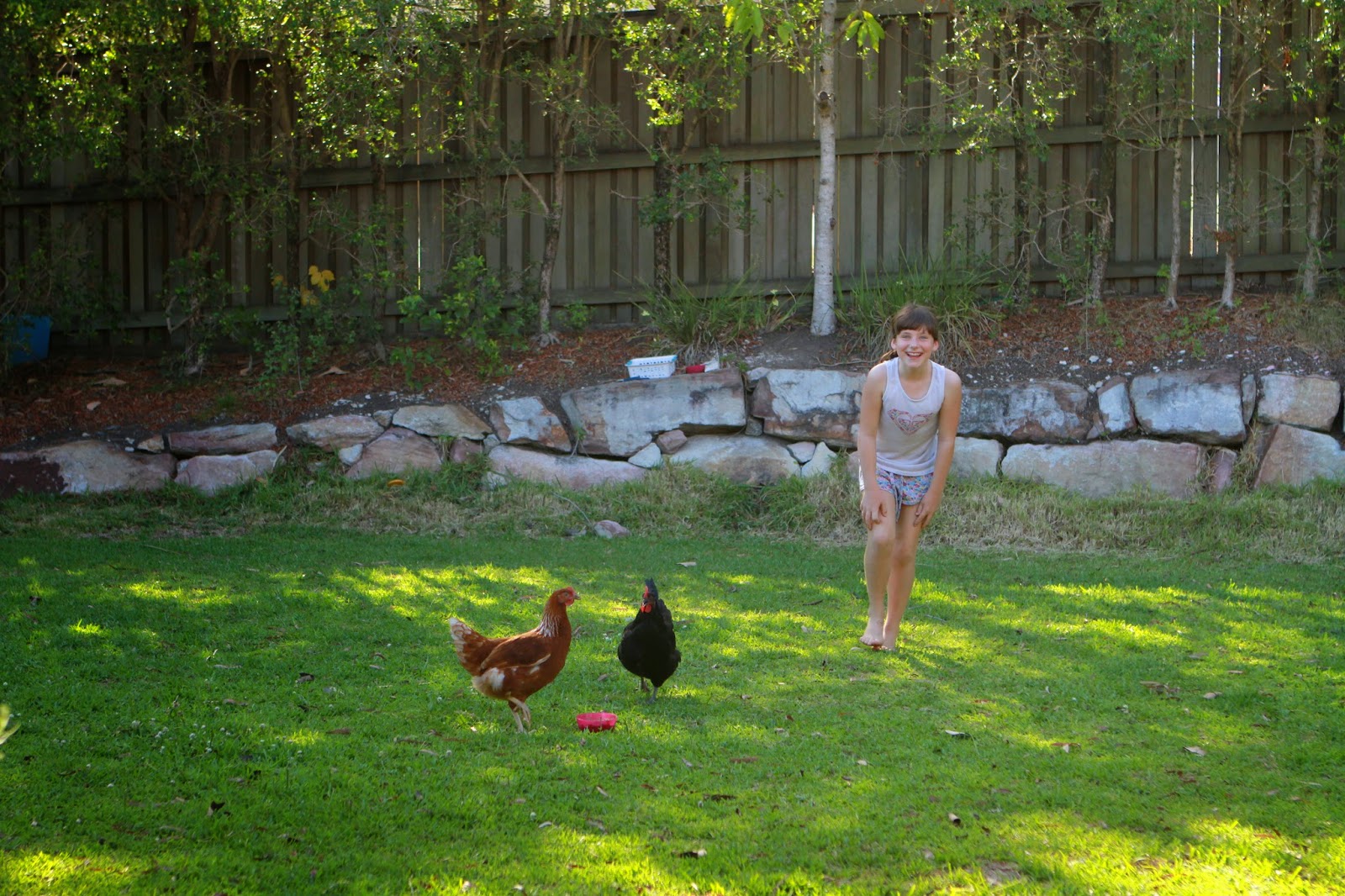 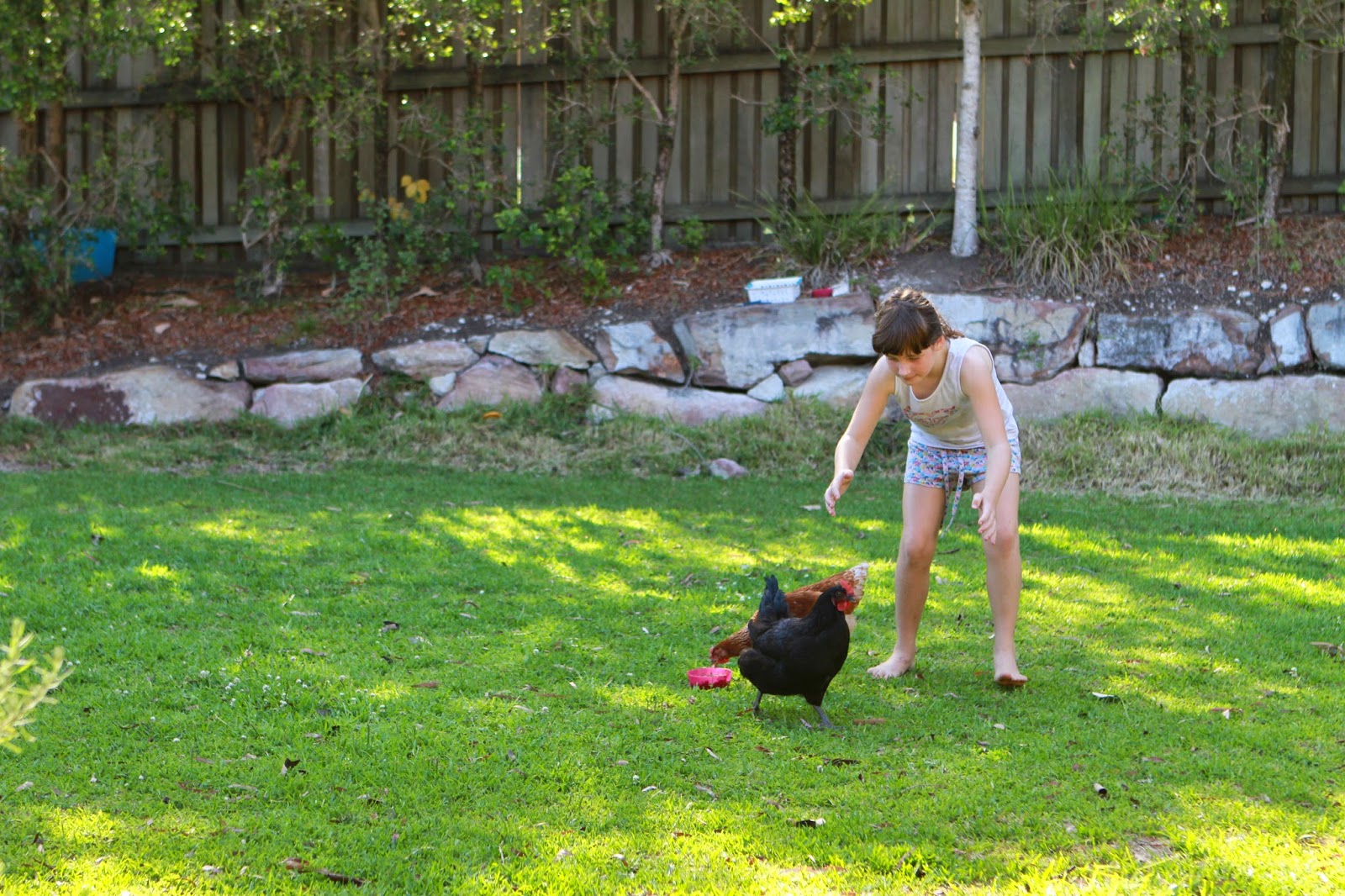 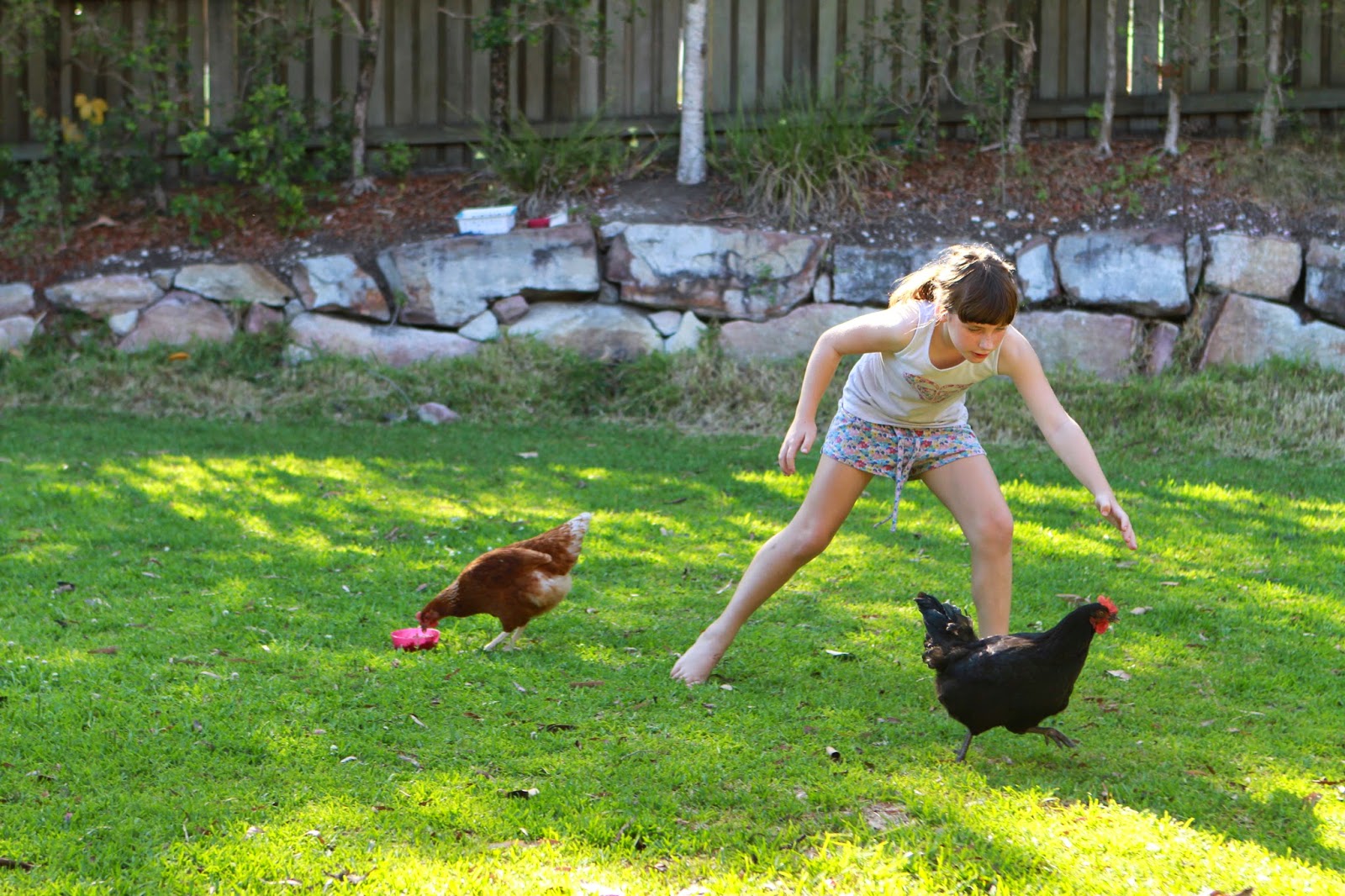 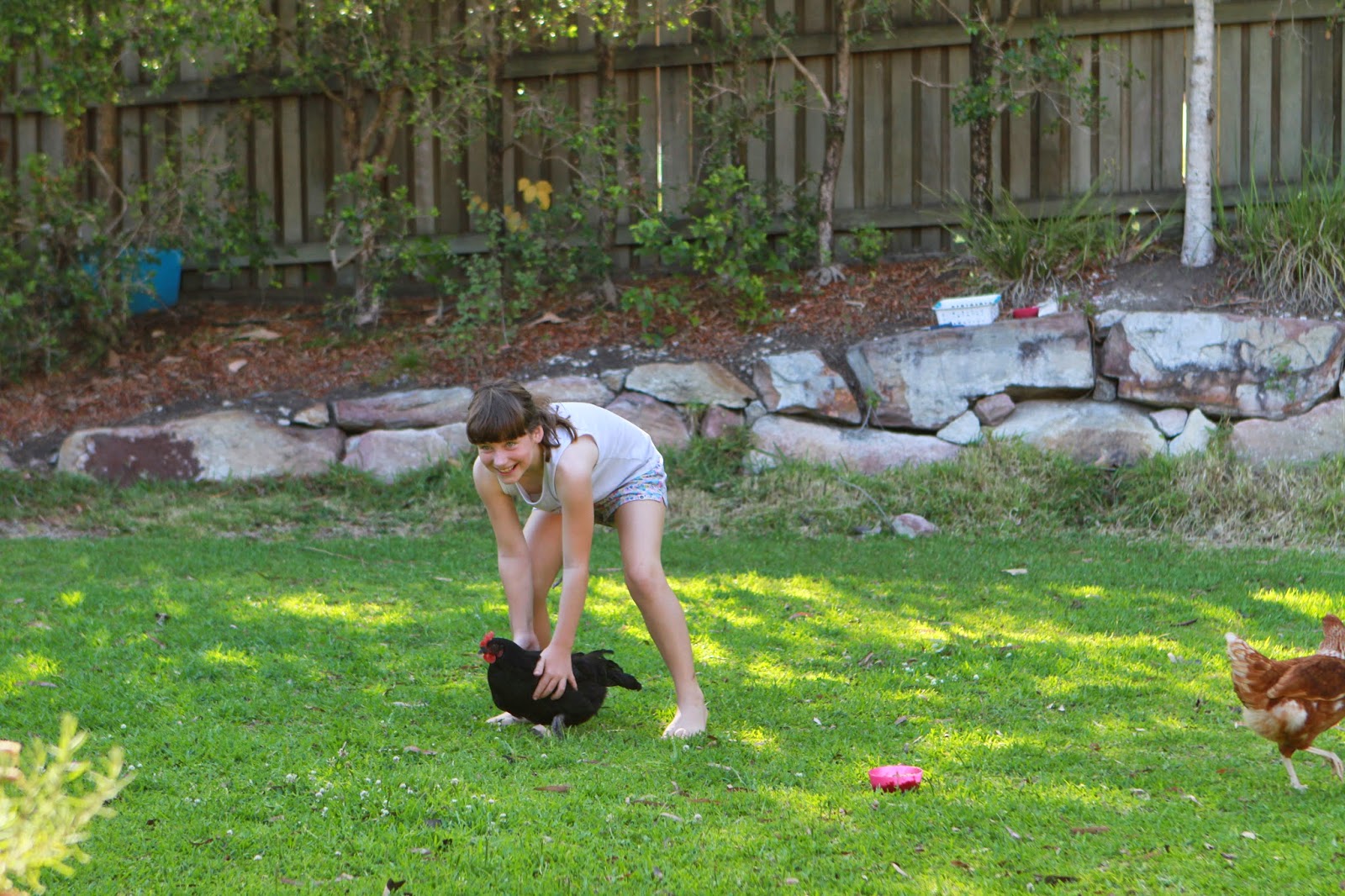 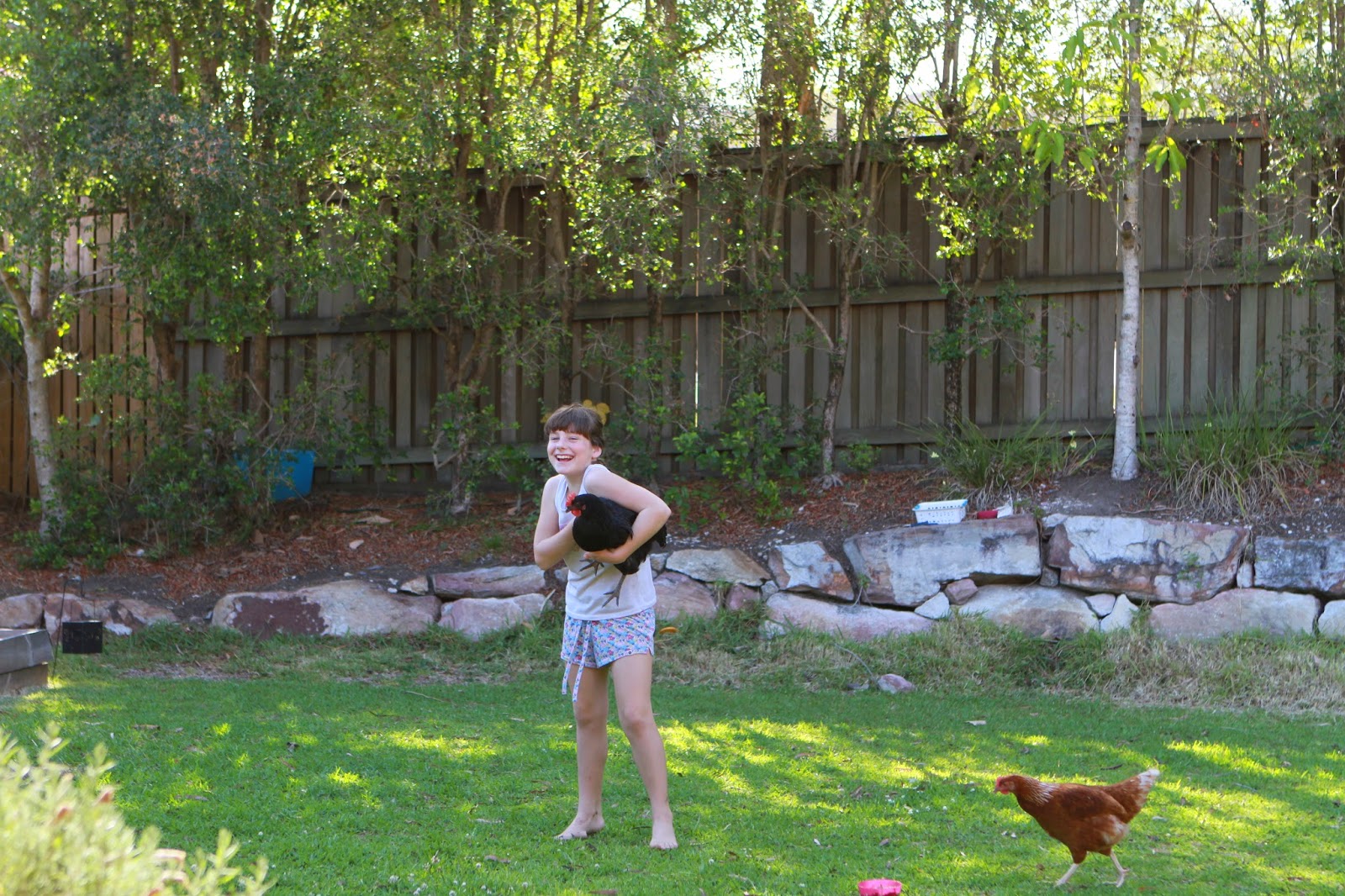 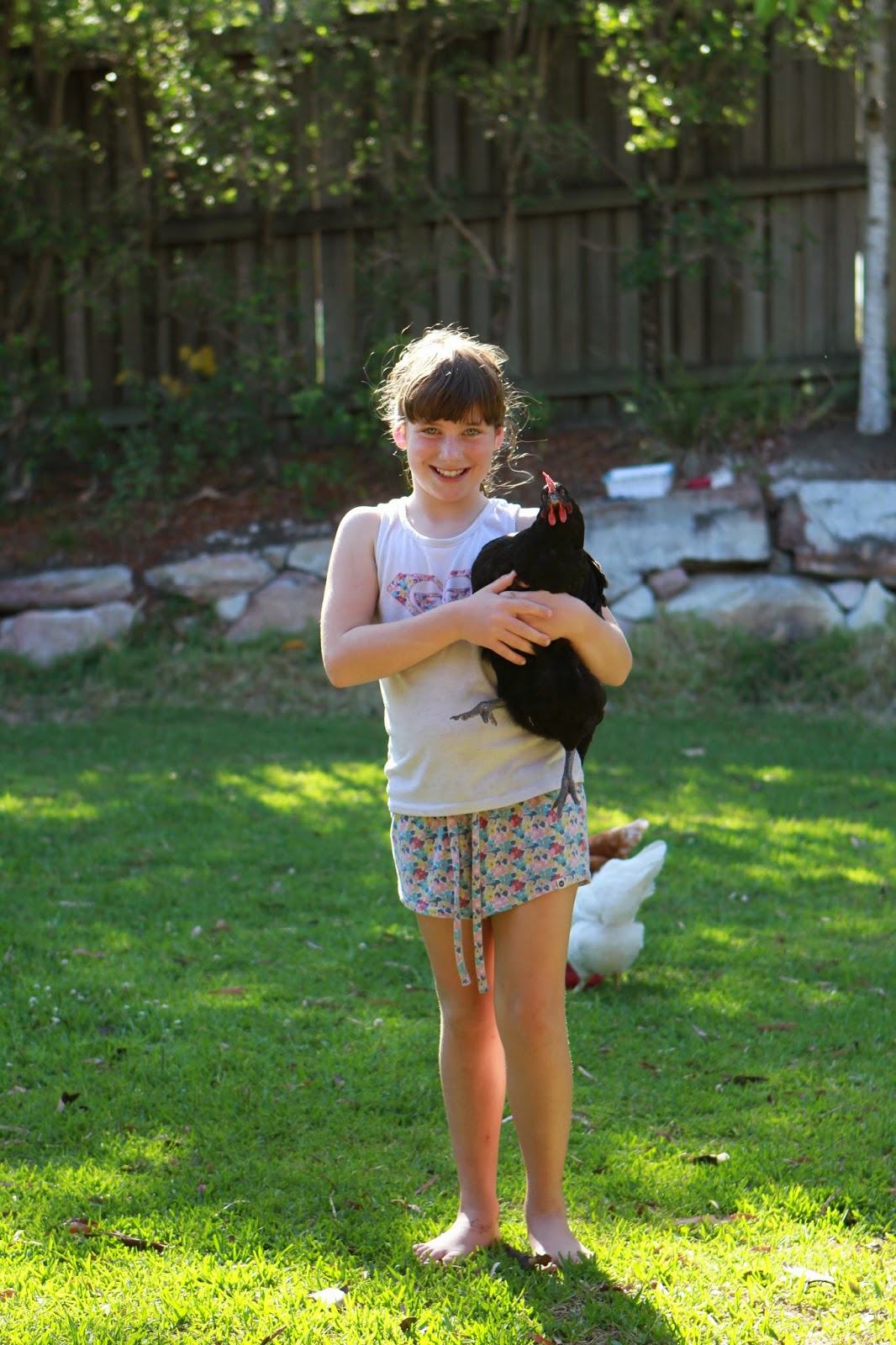 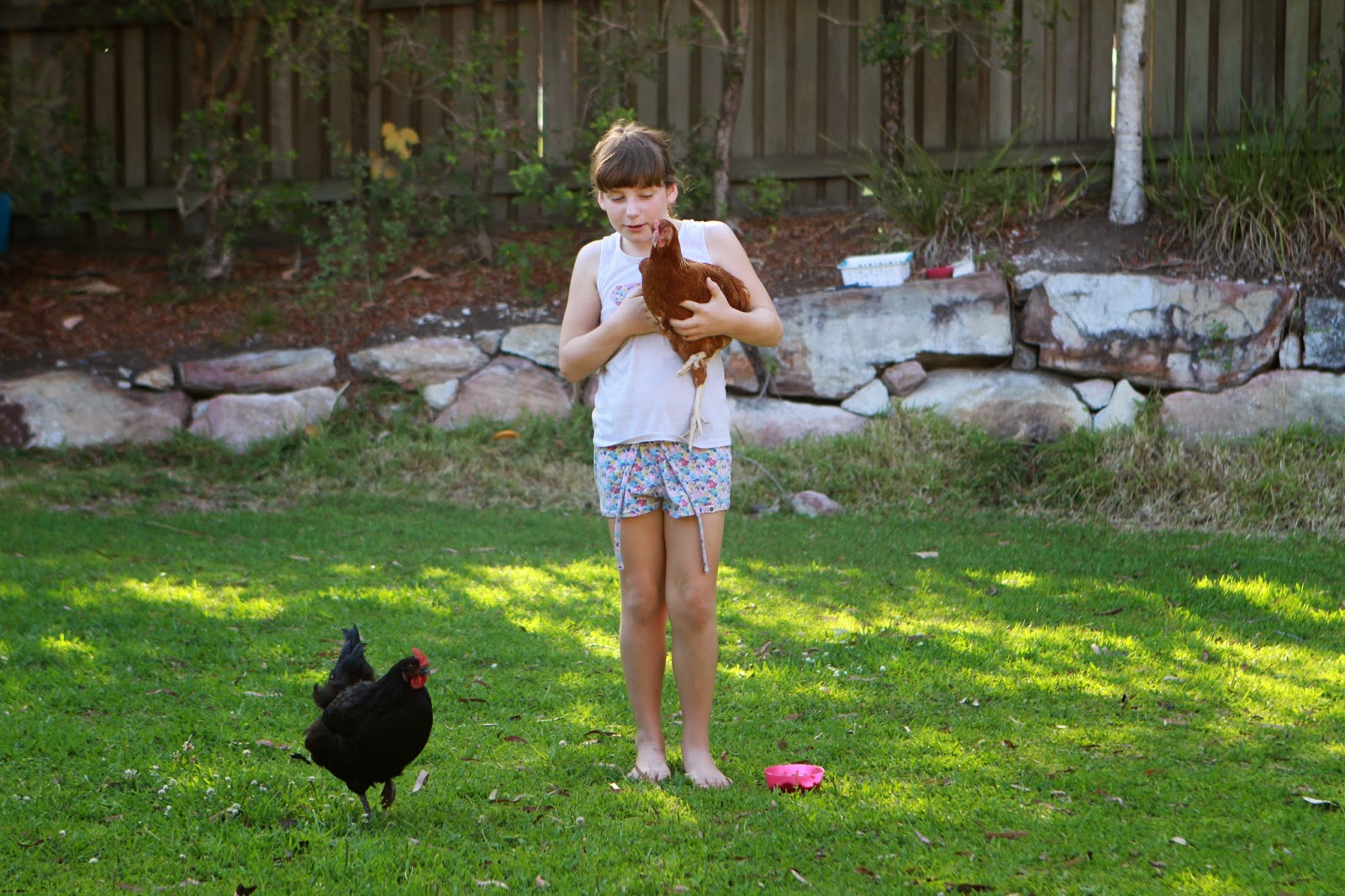 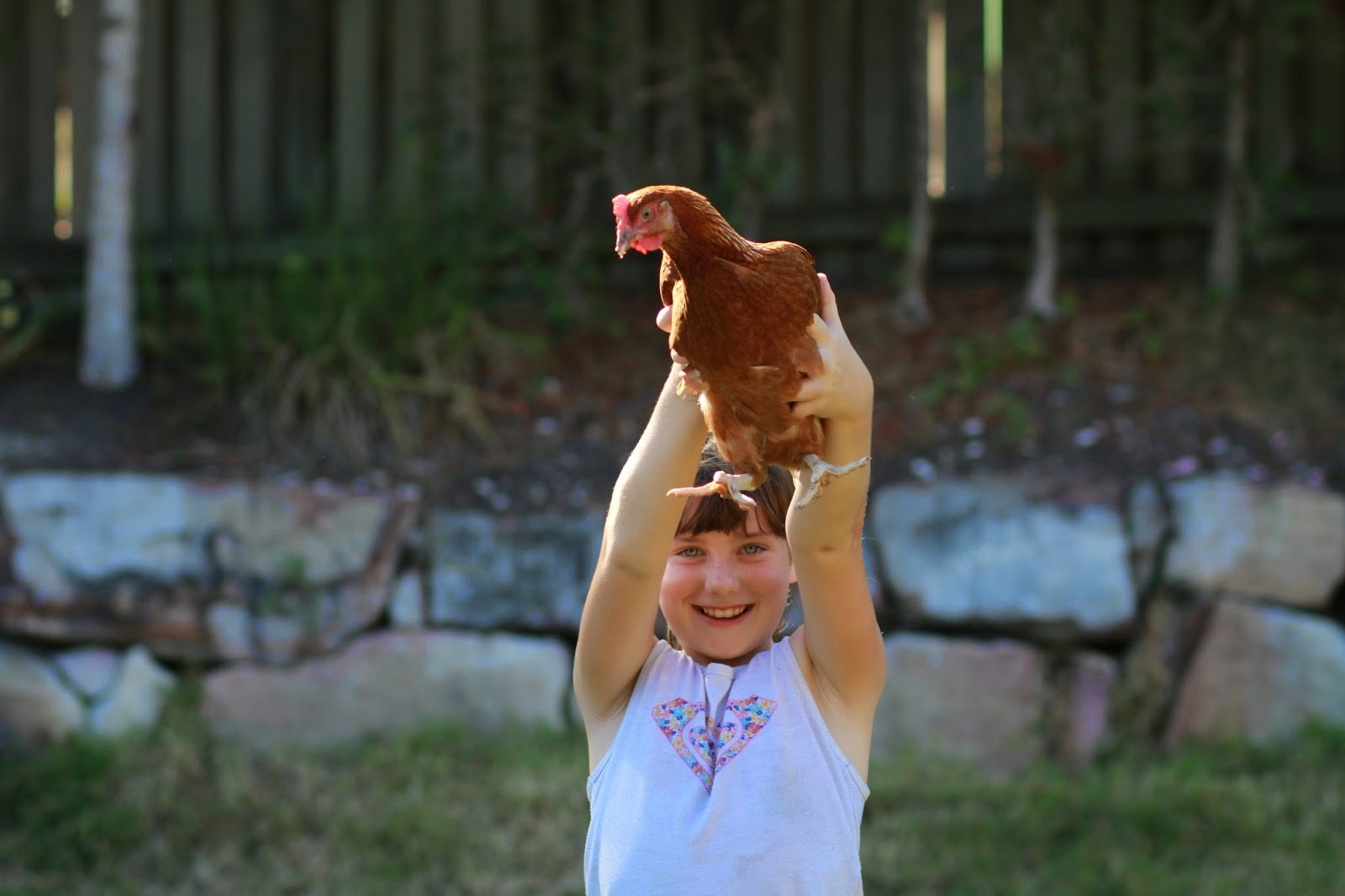 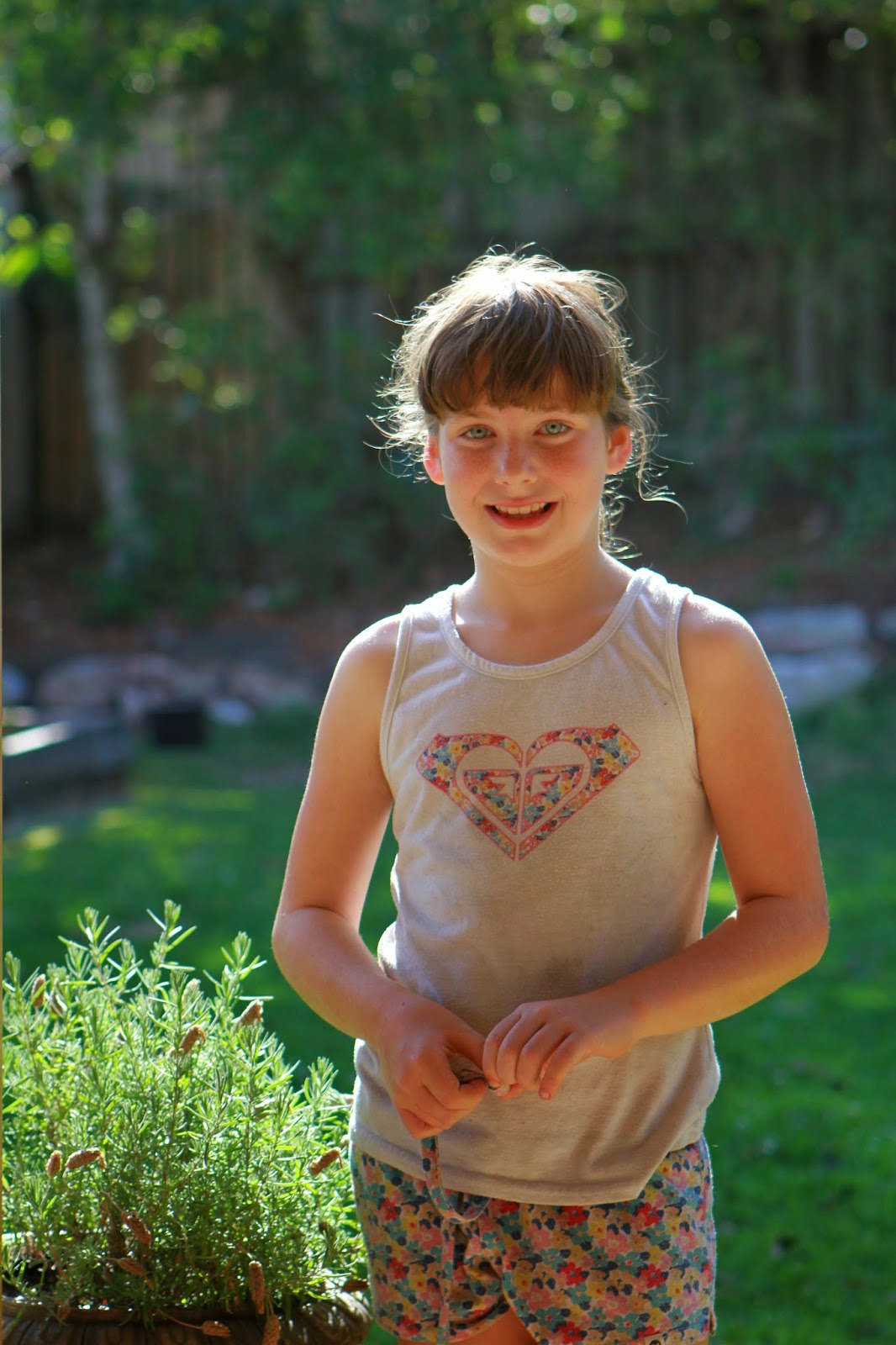 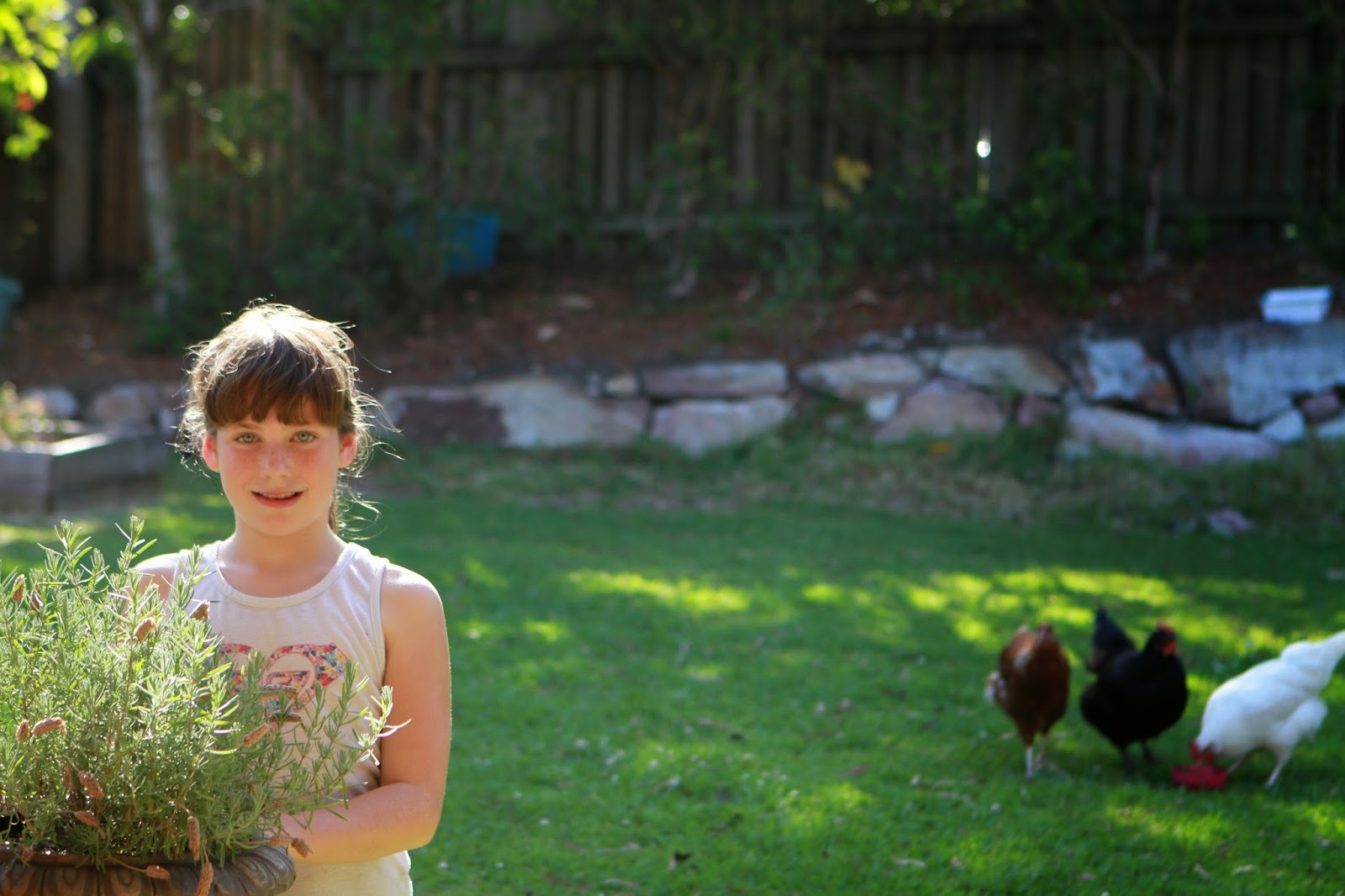