We've had chickens for about 4 years but in January this year both our chickens "Rosie" and "Jazzy" died within 10 days of each other.  I think one was probably bitten by a snake (oh I shudder just typing this) as I was in the study one night and heard a commotion of flapping wings in the coop and thought something was happening and then I thought to myself, if something is happening out there I do not want to go out there in the dark and confront what was going on so I waited until morning and check on the chickens and all was okay.  The day after that I went to the coop and James chicken had died.  Thankfully he didn't see this and I took care of things.  About 10 days later in those 44 degrees Brisbane days the other one died.  I didn't end up replacing them as I wanted to make some adjustments to the coop and then time went by and one thing lead to another and next minute it's November so we went and got our new chickens today.  We got them from City Chicks at Anstead so took the drive out there to pick them up this morning. 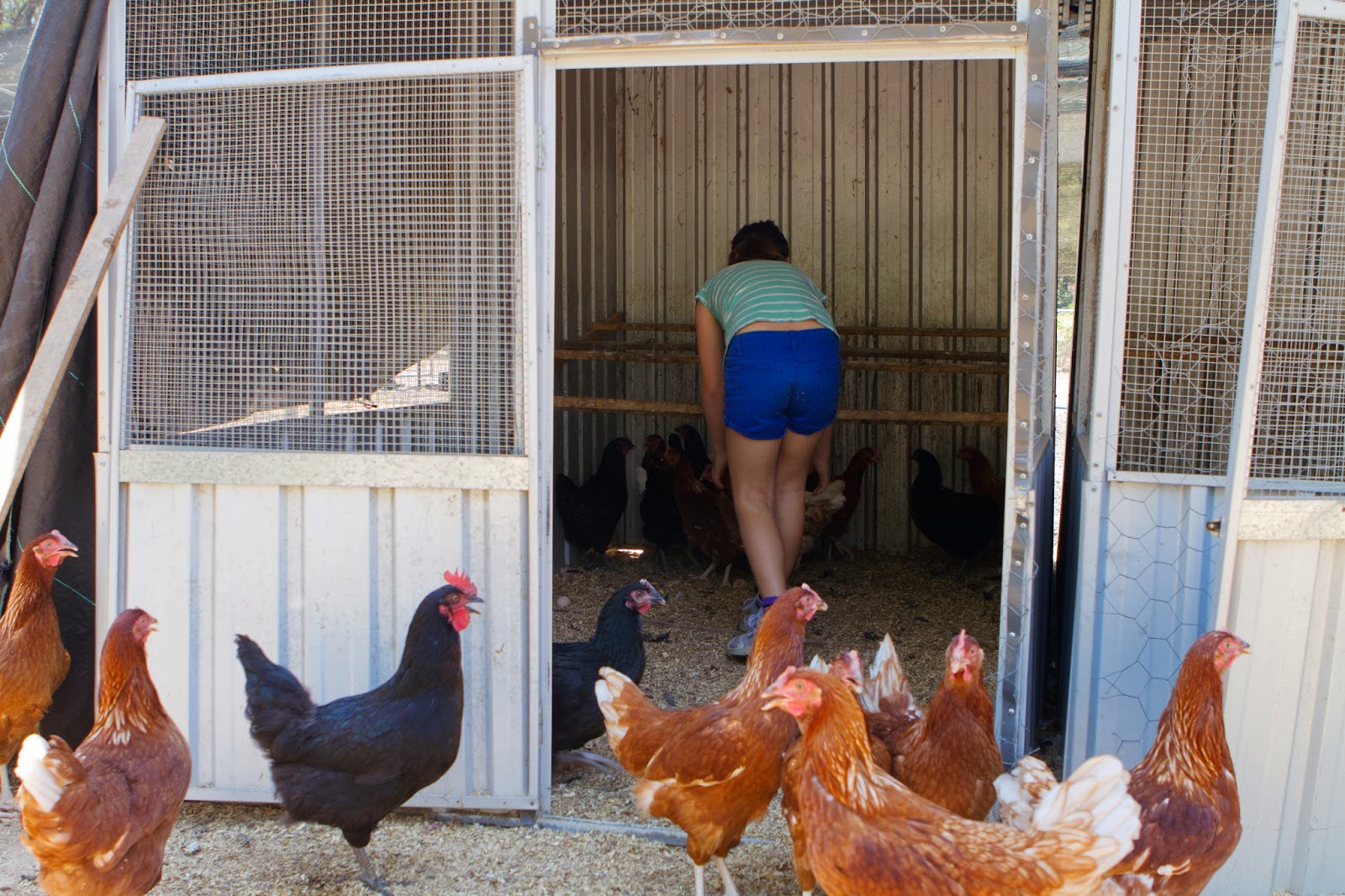 We ended up with 3 chickens this time and Sienna wanted a white one, James wanted a brown one and I decided on a black one.  To say the kids were excited would be an understatement so we brought them home in box and set them up in there new home.  My chicken actually laid an egg about an hour after we put them in the coop however we won't be eating the egg because the chickens were wormed this morning and need to wait 5 days.  Sienna has drawn a lovely face on the egg with felt pens.

I told James & Sienna last Thursday that we would be getting the chickens today so this morning when they came in to see me the discussion was about chicken names.  Sienna was going to call hers "Blossom", James was going to call his "Diamond" and I was calling my "Daisy".  After we picked the chickens up, Sienna decided she didn't want to call her chicken "Blossom" so I suggested "Snowy" as it was a white chicken and she liked that name.  So "Snowy" it was until later in the afternoon she decided that she liked "Snowflake" instead.  The chickens are going to stay in the coop for a week however this afternoon there was a lot of handling of the chickens which is good to get them used to people but I'm sure the chickens will be settling in nicely over the coming week.  I haven't got a picture of "Daisy" but have some pics of James and Sienna with their new chickens.

I love having fresh eggs and seriously this past year buying supermarket eggs just didn't cut it for me on so many levels so I'm pleased we are back to what we were used to be;  ie being able to walk outside into our backyard and collect fresh eggs. 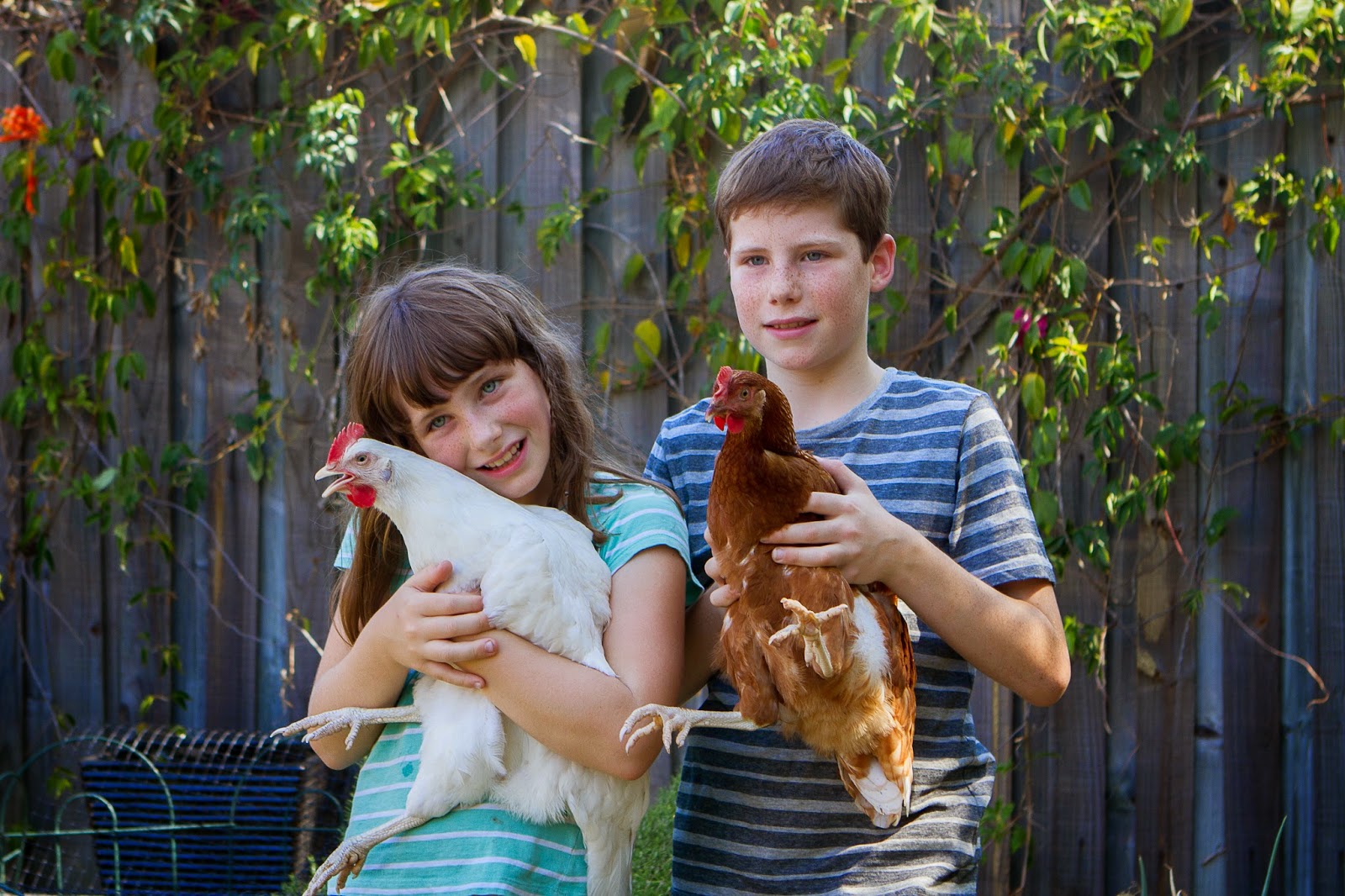 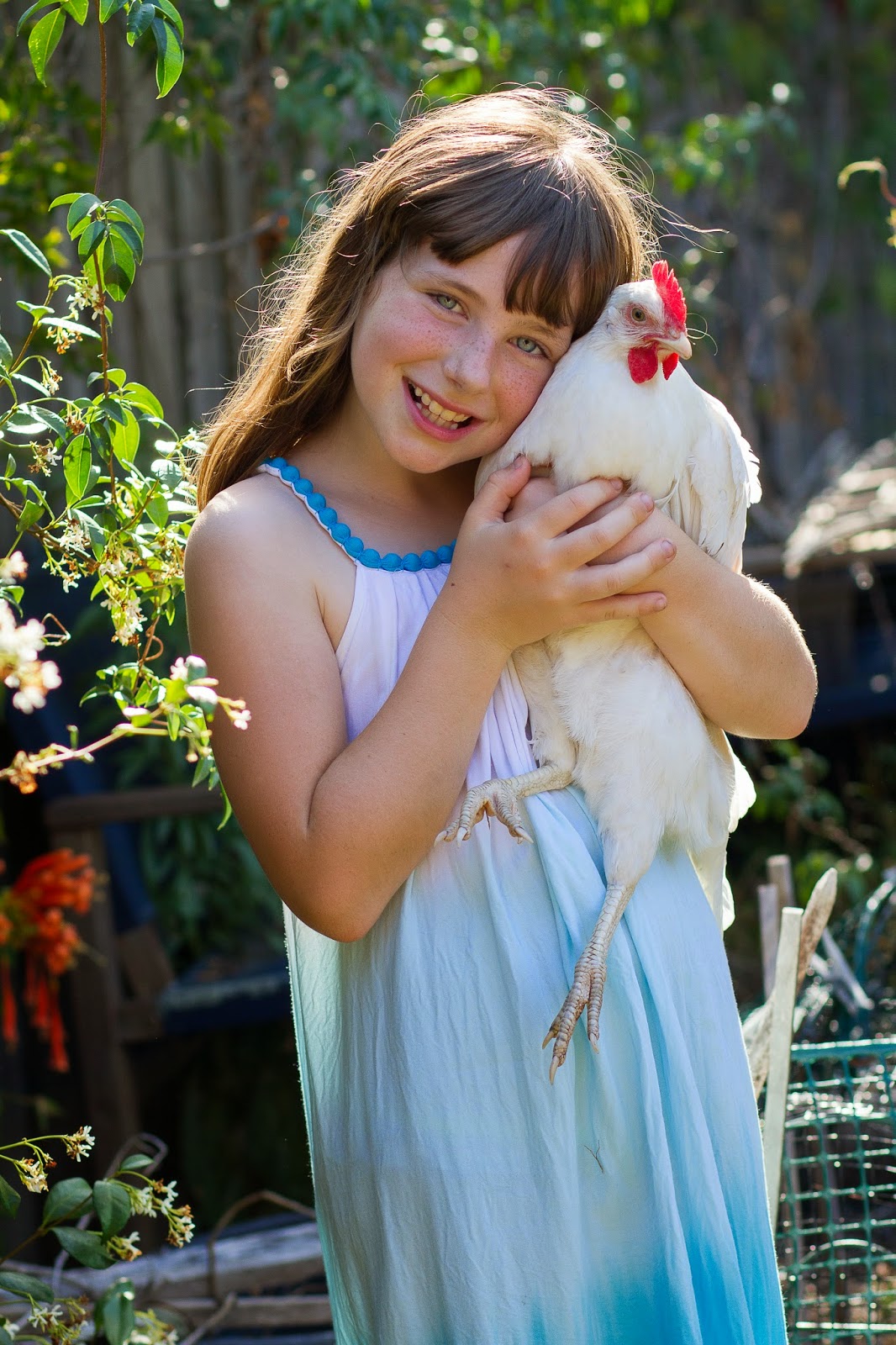 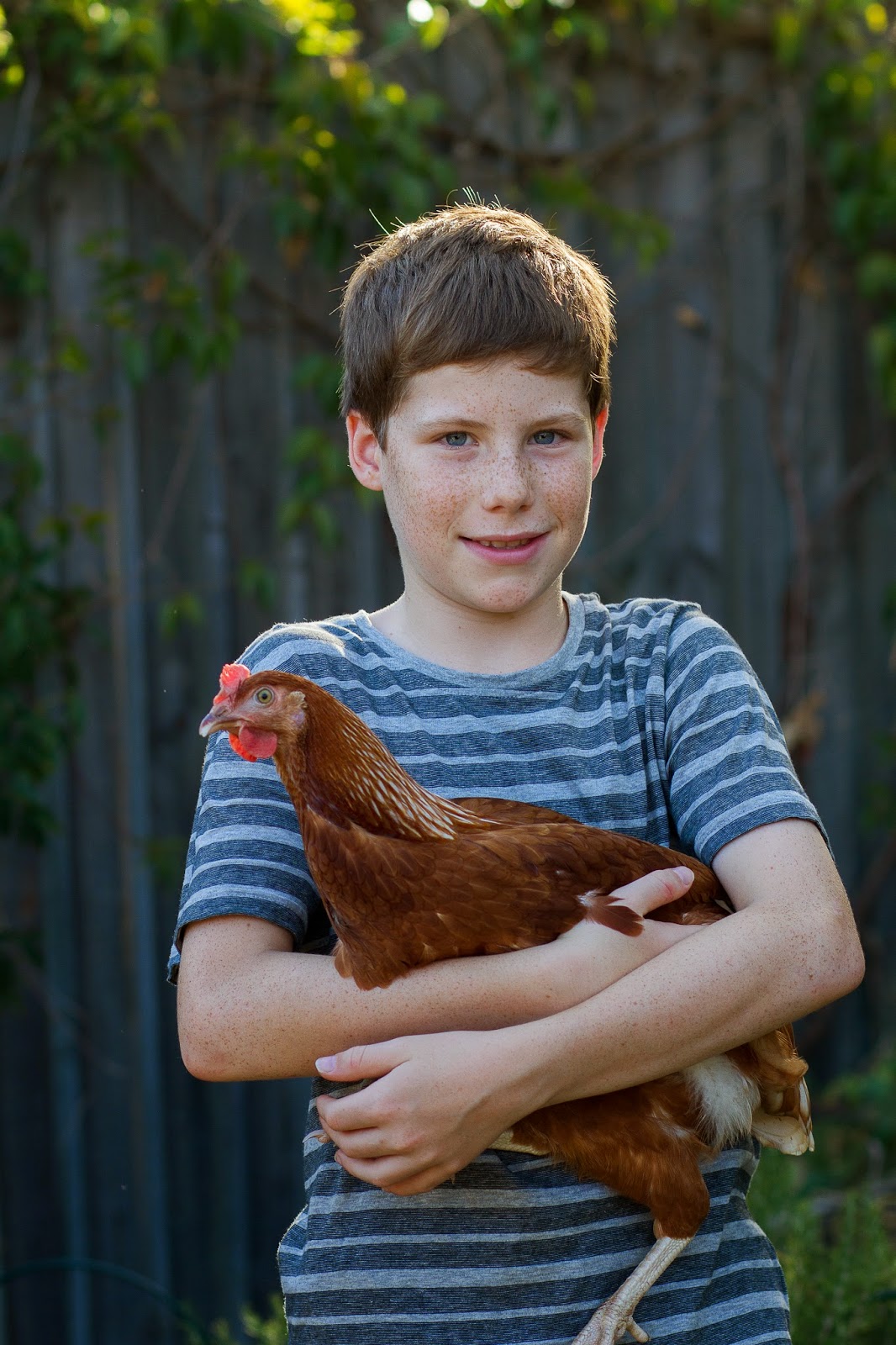 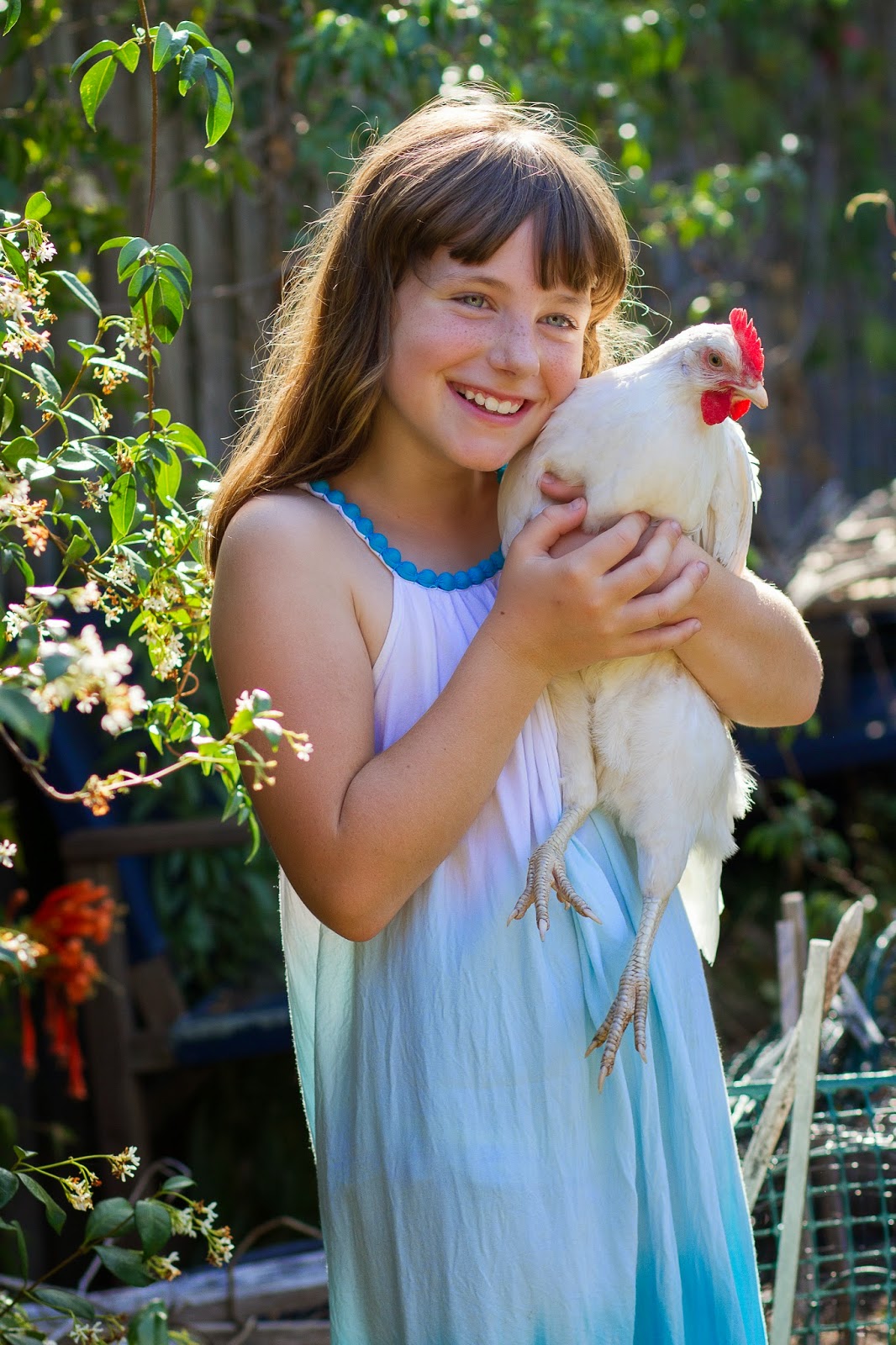 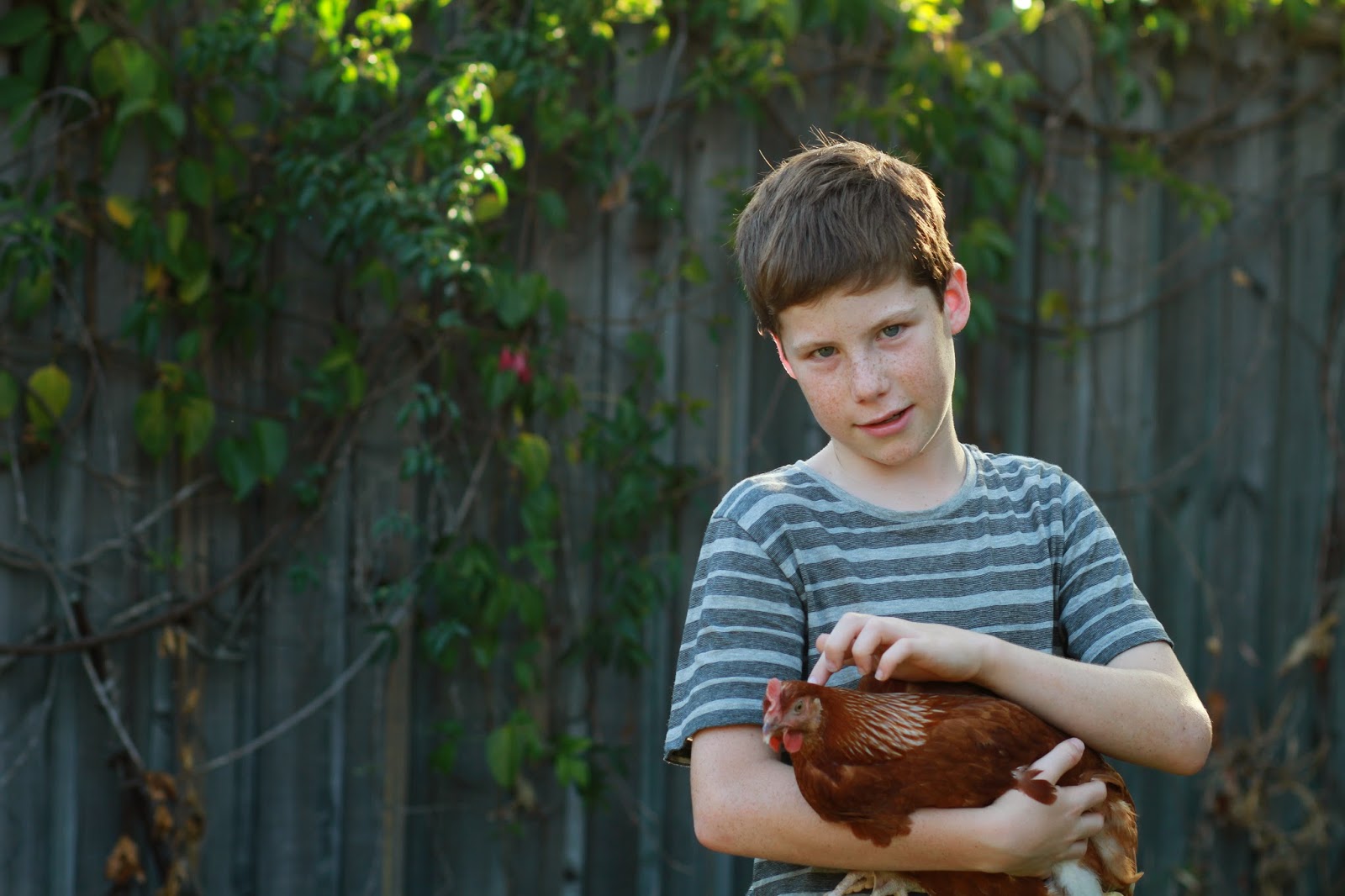 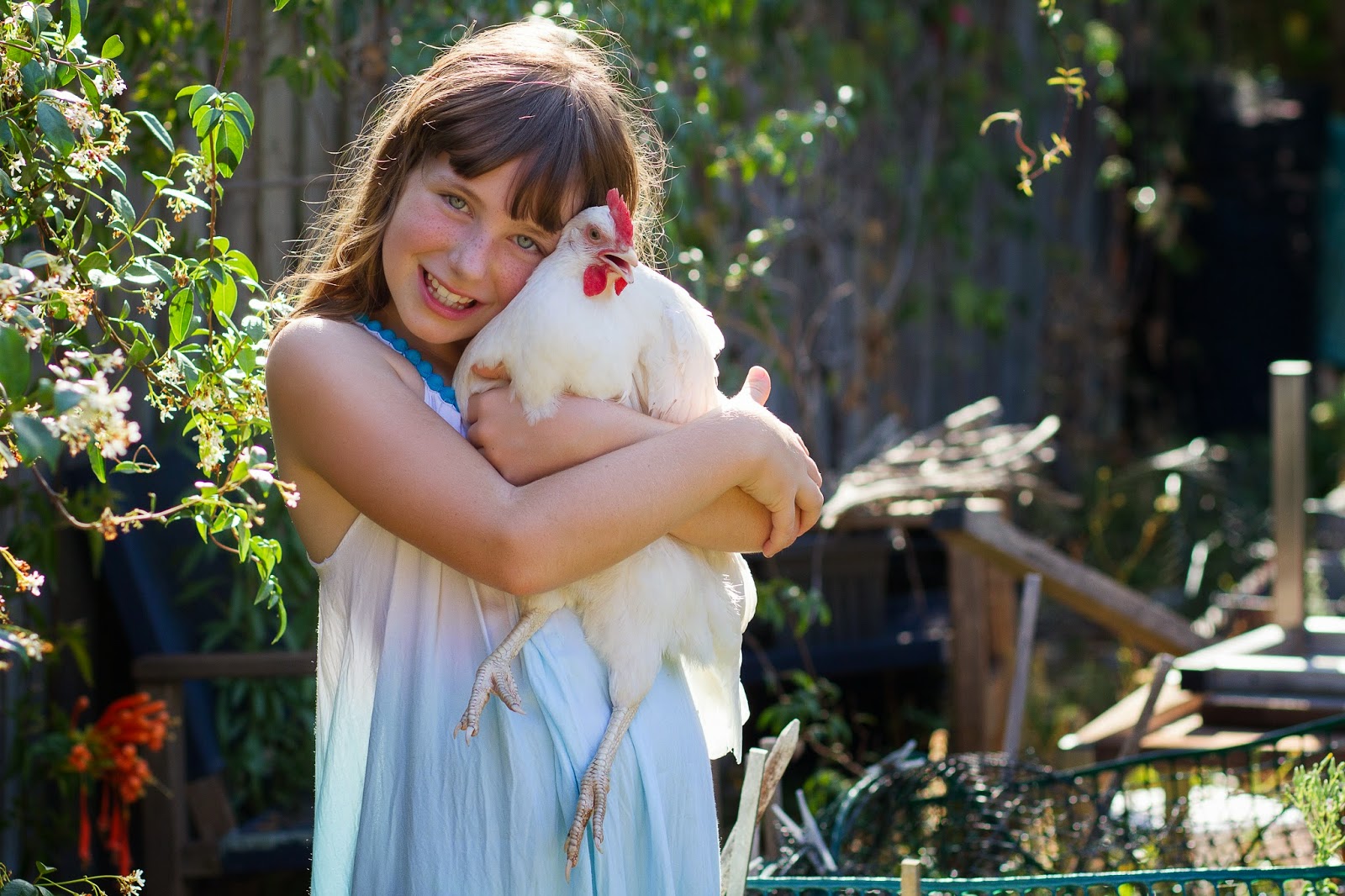 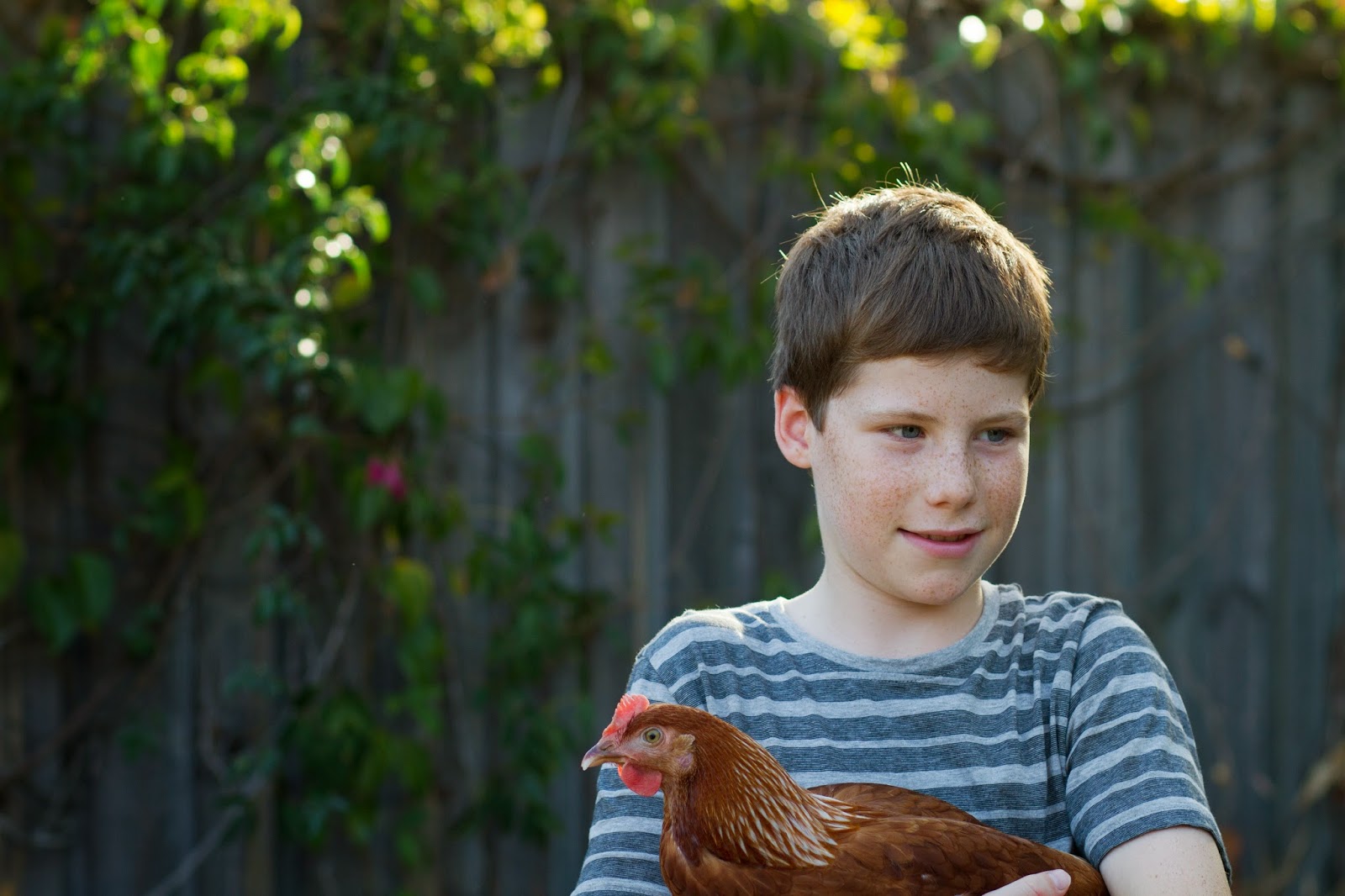